It's hard to believe that Bett started almost two weeks ago now. I had a fantastic time and attended as a visitor for the Thursday and Friday.

It was a busy time meeting lots of different people, both arranged and in-the-moment. I couldn't possibly mention everything and everyone so I've jotted down a mixture of my favourite talks, products and stands. If you are reading this and we met, then thank you very much. You contributed to a very enjoyable couple of days!

Also, thanks to everyone who had an explore of our tool, Thinking Kit, which allows teachers and students to create their own educational iPad activities. 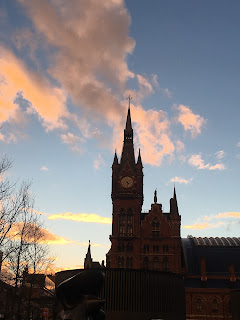 Posted by Reflective Thinking at 11:27

Collaborative, problem-solving apps in a variety of topics. Click here